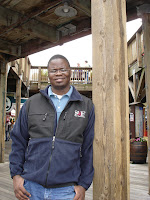 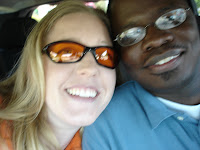 after Michael took his test for Cisco. He will be retaking it the 9th of August, but this time going elsewhere instead of San Jose.

Anthony is involved with all kinds of heavy workouts, or training daily, however this weekend managed to get a cracked rib playing ultimate Frisbee with a few friends. Who would have thought? It will put him on the slow track for a little while. Hopefully it won't delay his ultimate goal. 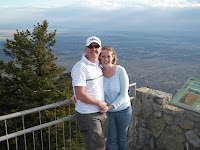 Chelsea and Ethan continue to be his greatest joy, especially now that Ethan is sleeping better at night, and in his own bed. All are sleeping better.

The hardest part of being a grandma is being so far away, but I truly love getting update pictures to watch how much he has grown. 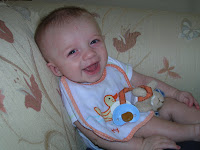 I can tell his little personality is in full bloom by the laughter he shows, or that I can hear when we talk on the phone. He truly is a doll, and very anxious to start running before his time. At three months he likes to stand up by the furniture, as did Anthony. I can see another high adventure boy ahead, watch out. 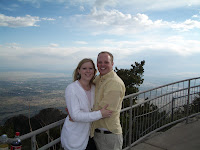 Brent and Randi are still planning to move on the first of August, so we have a journey ahead. I think they were a little disappointed that Randi didn't get the job in Rexburg, mainly for financial reasons, however they are excited to be closer to her family. In the mean time with this week of finals at the college, Brent took his test for his teaching certificate and passed the Social Studies portion. He will take the History part in September. "Great Job" 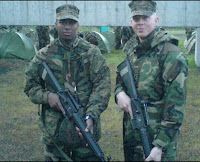 Rodney is still in a state of limbo. He is in hopes to go to school in September, however who knows. He does leave on the 1st of August for a couple of weeks for his Marine duty, 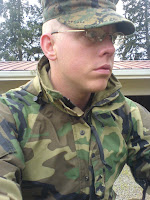 which will be good for him to be doing something constructive with his time. The boy is still young, handsome and very single. Any ideas? 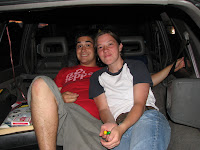 JoAnna will be coming home for a week on Thursday. She has been doing well on her finals, which pleases her and is especially excited that they are done this semester. Tomorrow she will get things packed up and in storage for the week she is gone, then move in with Peter and Jessica the end of the month. She also has been helping her dear friend Zach to prepare for his mission. 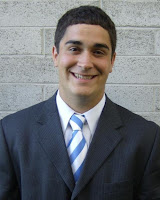 His papers are in, and all awaits the calling, or should I say the envelope please? She will probably be here in Portland when he receives it.

Tony has been enjoying the heat, I on the other hand am tired of not getting a good nights sleep, or eating right due to the hot weather. I seem to be dragging more and more daily. The goal for me now is to think cold. I seem to do better in the cold, than in the hot. Who knows where Tony and I will end up in our retirement since we differ so much.
Posted by Lorna DeRoest at 3:41 PM