I will admit I was a bit concerned about Naomi and I venturing on our own with the two babies on a trip to Utah. What normally would be a 13-14 hour drive could be miserable for an adult, yet alone a little one. As it worked out however both Savannah and Lexi were such troopers. We would stop every 4 hours or so to get out, stretch, and let the babies play for about an hour. The popular place was McDonald's play yard. I'm OK with the idea of never going to McDonald's again. Anyway I thought the journey was going pretty well until we got just 4 hours from our destination, just outside of Snowville. We received a call from PJ in Plain city Utah saying that they just got hit with a snow blizzard that left them with no power. Since we were without both snow tires, or chains we decided to press forward at least to Ogden for the night in hopes that the blizzard would blow through and leave us alone. As it worked out we slowed way down in Snowville when the snow was really coming down. Our position was pretty nice however following a truck who was following a snow plow. It was amazing how many cars continued on there way at full speed ahead, only to be slowed down miles down the road when they would hit ice and flip the car or truck in the middle of the highway. So the last few hours were a white knuckle ride. We arrived at PJ and Cole's at about 1:00 am for the short night. Pour PJ had to work the next day, so we had little time to visit. 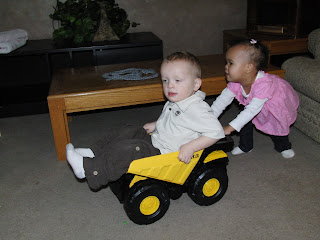 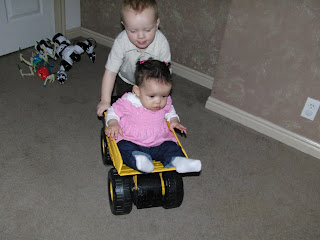 seemed to have fun with both Lexi and Savannah in the morning, and he is all BOY ! When he was using his machine gun full with sound effects, Savannah was putting the gun to her mouth and also did sound effects of a trumpet or horn. 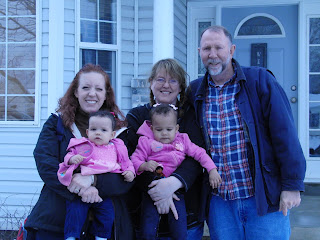 Both Angie & Warren came by for a quick visit. It was fun to see how excited Angie was as she prepared for her up coming wedding on the 17th of April, just the day after JoAnna's wedding.
After a short visit, and Savannah getting lost in the snow with excitement, 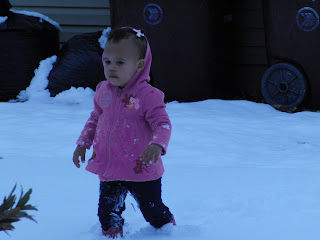 we were back on the road toward Lehi Utah. 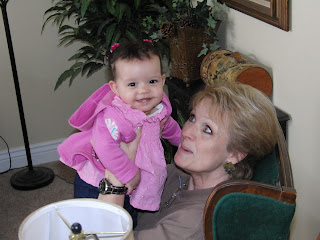 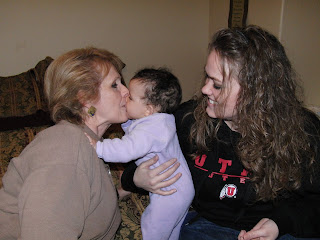 The destination was Linda and Hal's were we could visit with many more family members, but also for Naomi to visit with room mates from the past. 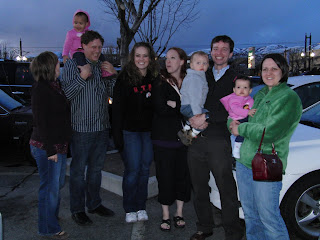 She hasn't been back to Utah for years, so this gave her time to show off her cute little ones.
We spent one evening at Elisha & Paul's, and Sandi & Eric's. It was fun to see all that they had accomplished on there home, but also there little one. 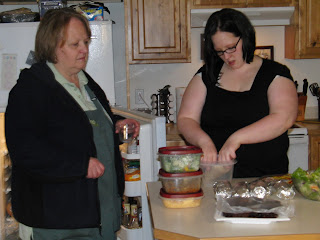 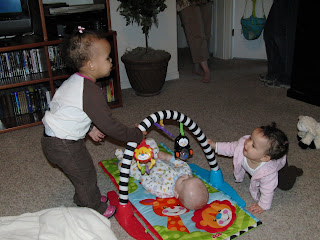 Savannah always would get excited when other children were involved.
One evening we went over to see Jeff & Jen Card with all their children. 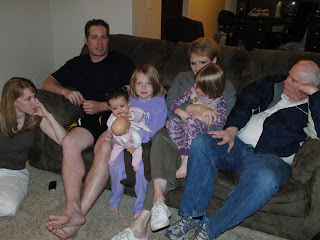 Once again Savannah was swept up by the children, and off she went to play. I was so excited to see Brynlee Card, and how well she is doing with her health. 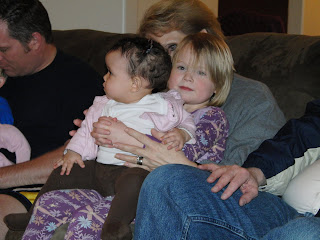 She had just got a cute hair cut and style. Yes, she has all her hair back. Yippee !! She loved playing, or holding Lexi. What a hard road she has traveled the last couple of years, even still she is so good natured.
It seemed that the two days in Utah were very full, and come Thursday midday we were back traveling to Rexburg Idaho for more fun and adventure. Mariah decided to conclude her time off work by driving also to Rexburg for JoAnna's first visit to the temple, so the two cars carivaned, and sometimes played leap frog. 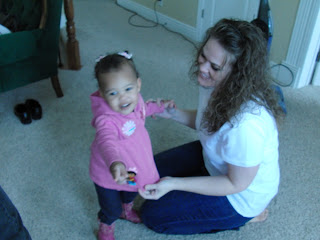 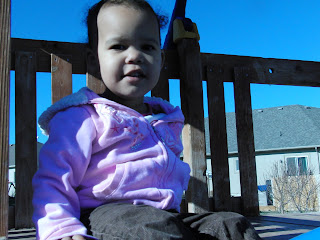 Posted by Lorna DeRoest at 7:12 PM

Little Gage is getting big~