Time spent with the future in laws

Three months ago when Tony and I booked our flights for Arizona we thought JoAnna would be preparing to go on a mission, but didn't know it would be the mission for marriage. As it worked out since Tony was busy with Brent, I was able to help get some things done in preparation for the wedding in April. It is coming quickly, and with her so far away it is a bit of a challenge for me to help out much. 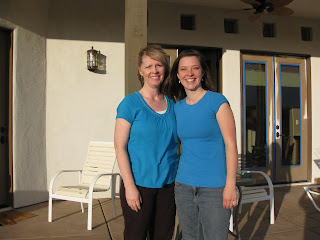 Saturday morning JoAnna and I prepared to go into Tucson for wedding shopping. Randi decided to stay home with Brenna so it wouldn't mess up her sleeping schedule. I felt bad leaving them, but understand how difficult it is when you have a tired baby to keep her content.

We both ended up matching our shirts and JoAnna mentioned that Cindy, (JoAnna's future mother in law) will feel bad to see us matching and her not, however when we arrived to pick her up she walked out with the same color shirt on. We all had a good laugh over that and proceeded with our shopping. At one point another shopper came up to us and stated the obvious. 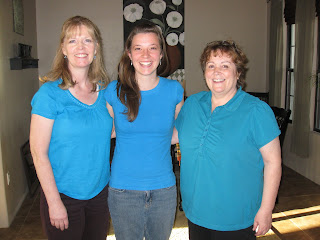 "Did you know you are all matching?" I just said it was the color of the day, and she must not have gotten the memo.
In our shopping excursion we were able to buy the dad's ties, boys shirts, info for printing the invitations, which later got completed. Toward the end however JoAnna was getting a bit overwhelmed and ready for a melt down, so we called it a day. Sometimes its hard to focus on one step at a time, rather than the whole journey, which usually is very discouraging. 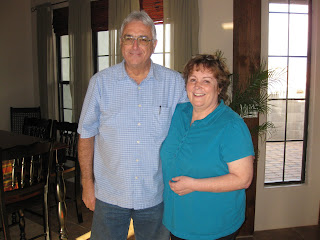 We all had a great day as well as the time spent one with another.
Its amazing how we can set out in life with one set of plans, then so quickly every thing changes. I know that JoAnna is excited to be part of the Cindy & Russ Donkin's family, and we are excited for her also.
Posted by Lorna DeRoest at 8:23 PM