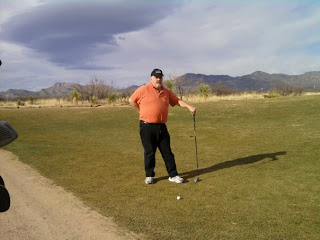 Last fall Brent invited Tony to come to Arizona for a golf excursion with him over this past holiday weekend. Tony has never been to Arizona to visit, so since we had some free sky miles that would expire we both decided to make the trip. I was told that I could come if I wanted, but this trip was so he could be with his dad.
I got the point loud and clear.
We arrived in Arizona Friday afternoon, so they had time to hit a bucket of balls before going out for dinner, and as a warm up before the game the next day. 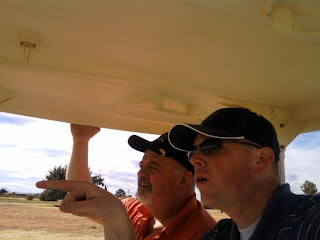 It was a beautiful day, with some amazing shots. Two times in a row Tony managed to hit a beautiful long drive, but the high voltage power line which crossed the fairway got in the way both times to cause his ball to deflect downward and implant itself into the ground below. The first time they thought it was amazing, the second time was unbelievable, and they laughed about the odds. 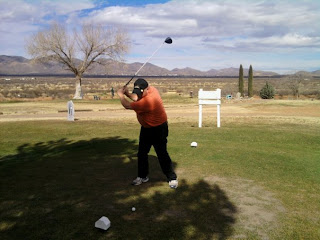 Brent had quite a slice on his fairway shots, however his short game was his saving grace. It seemed the longer the putt the more accurate he would be. (they were talking 75 foot putts.) 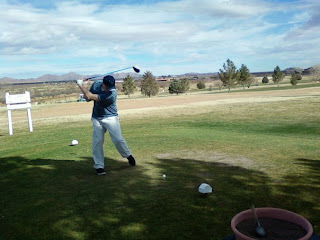 All in all they had a wonderful time together, and as you can see they took the game very seriously. 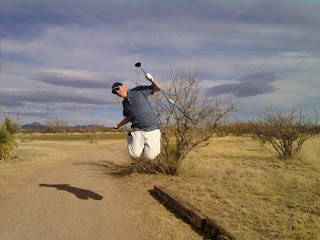 Posted by Lorna DeRoest at 6:42 PM

Looks like the boys had fun! And what a picturesque day in that last photo of Brent. :)