Zack Donkin is back from his mission 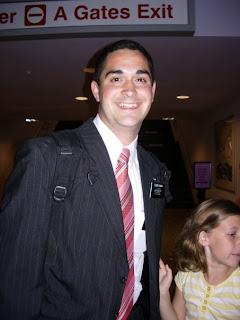 Zack Donkin got back from his mission in Buenos Airs South Argentina on November 24, 2009. Just in time to spend Thanksgiving with his family. I wasn't able to go to the air port to welcome him in but I made sure his parents took some pictures for me. I was however pleased to hear from him that night. He called while I was still at work and I had to call him back later but man did I work hard to get everything done fast so I could talk to him.
He came down to visit me the next day. We are a little more grown up now but it felt like no time had passed at all when we got to finally see each other again. It is a little hard having an hour commute to see one another but we do it at least once a week now. 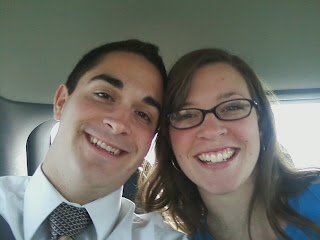 Awww (: I love it. Thanks for the update & great pics. I'm glad you're right where you left off (with the bonus of being a little wiser). We can relate to that story. That's great that you're able to see each other. I'm sure it's not often enough but I'm glad all is well. love
Chelsea