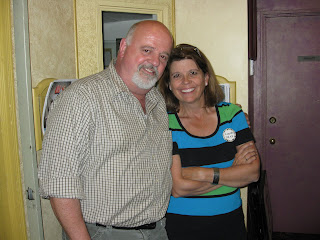 Six and a half years ago we made a fast trip to San Diego for Rodney's Marine graduation, so this return trip has been long overdue.
Tony and I flew into San Diego Wednesday night April 20th. By the time we arrived, a couple of layovers later, we ended up sleeping in San Diego. Thanks to Joe & Kim. They reserved two hotel rooms for their son Nolen's baseball tournament. One of the rooms they had available, so they offered it to us for the night.
Patti & Hank had a wonderful guest home to stay in for the remainder of our visit which I enjoyed picking fresh oranges, tangelos, tangerines, and grapefruit each day. Yum!!!
It was allot of fun to visit with the California family for Easter weekend, as well as support Thom performing his one man play of "St John in Exile" at Patti's theater in Fallbrook California. 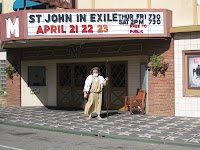 Thursday- we went into town to visit the theater and all who were involved. Come evening we enjoyed a great dinner with Mechelle & Ken's in Marrieta CA. Mom stayed with Mechelle for her entire California visit. 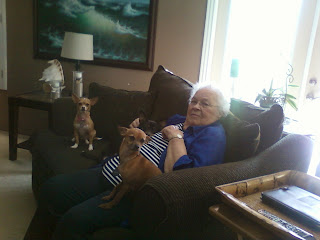 We took mom with us to opening night performance. Thom did a great job, however they did not have a microphone on him, so many had a difficult time hearing him, which made it hard to really appreciate the message that he was sharing. 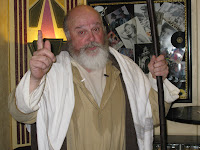 That was changed for the remainder of the performances. 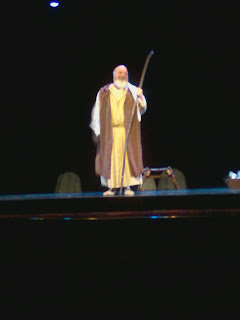 Friday- morning we enjoyed a nice breakfast with Patti, Hank, & Thom at Aquaterra's, a restaurant at the Golf course that Hank is a member of. 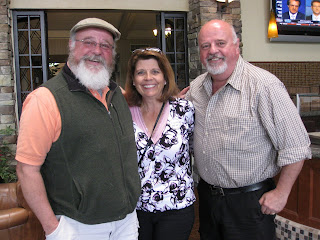 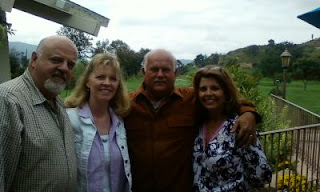 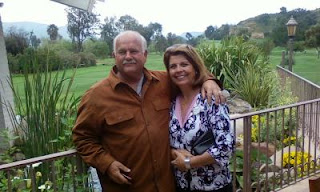 Then we drove to Joe's new Hardware store in Lake Ellsenor. He was very proud to show us around, and Tony was equally excited to be there and see it.
Since Joe was still working, we left, and drove to Mechelle's to visit more with her, and the kids. It gave us time to tour their beautiful home in the daylight.

The evening was spend visiting with Joe at his home. 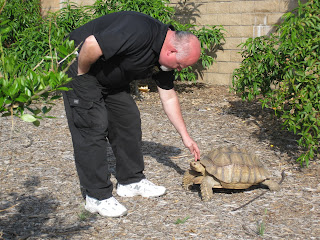 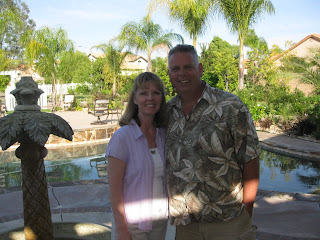 They have done amazing things to there backyard since we were last there. Another big change was how large the tortoise got in the past six years. It roams the back yard. 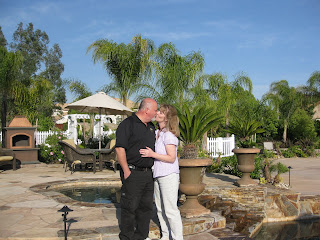 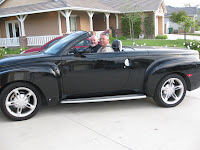 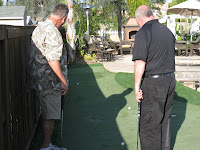 Which included a putting green that of course was enjoyed by Tony.
We went to a late dinner so we could meet up with Kim after she got off work. With such a short time to work with, we were tring to see everyone, which meant much driving. The goal was to see Terri also and her new home, but schedules never seemed to work out, sorry Terri, hopefully next time we will do better planning. 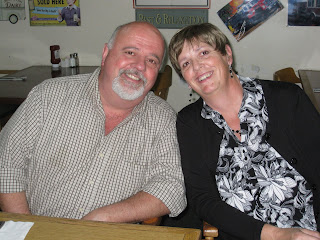 We were glad we got to see and visit with you and Patrick. You both look amazing!!! Congratulations on your weight loss. Keep up the good work. 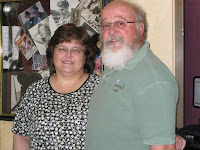 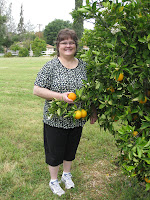 After the show Patti, & Thom drove to San Diego to pick up Nancy, so it was a late night.

Saturday- was a busy day of preparing for the final two performances, but also preparing for Easter Sunday dinner held at Hank's "Valley Fort". 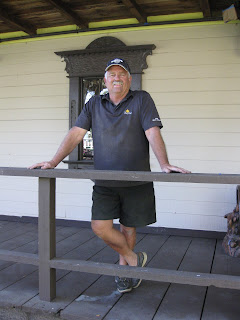 He is very proud of this new venture, and worked very long and hard to restore the property. They have an amazing vision of what the future holds there. 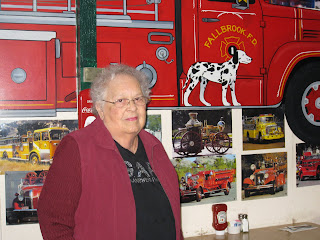 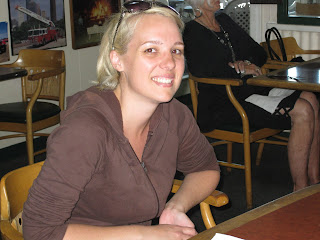 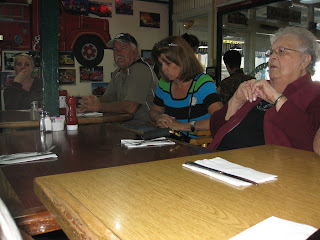 (Dinner between performances at the Firehouse Grill.)
Thom's final performance was even more amazing than the first. He nailed it beautifully. The spirit was there, and I think all that attended couldn't help but feel moved by its message. Mom attended all four performances, and felt that Saturday night was the best one as well. 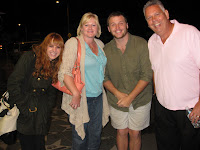 Sunday- Time to pack and prepare for departure. Our flight was scheduled to depart at 4:30 which meant very little time to socialize with family. We did however, finally get to meet Amy's husband Jesse. 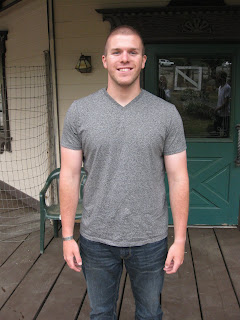 Thanks so much for the hospitality to all during our visit. We had a great time, and hope to do it again sooner than the last time.
We love you!
Posted by Lorna DeRoest at 6:48 PM

Looks like you had a blast. We're bummed we missed it.

We're bummed that we missed all of the fun too. It's so nice that you got spend a little time with everyone and view Uncle Thom's performance. What a great Easter! Everyone really does look great and we hope to visit sometime soon for some CALI adventures too.

oops...bad spelling on the above posting :)
I do hope someone video'd Thom's performance. I'd love to see it!